A Responsible And Caring Spay And Neuter Hospital

For most people the thought of their puppy undergoing a surgical procedure under sedation can be frightening. We understand that this can be scary for caring dog owners and want to assure you that your puppy will be cared for by the most capable and caring medical professionals.

All puppies will receive pain medications before the procedure begins. Our anesthesia and patient care protocols will be tailored to your puppy's breed and size. While your puppy is under anesthesia, our veterinary staff will monitor a number of vital signs. The surgery will be performed by our veterinarians who have many years of surgical experience.

Postoperative nursing care and pain management medications will be administered to your puppy to ensure that their recovery is painless and they remain closely monitored until we feel it is safe to send them home. Our veterinary staff will also provide post-operative instructions for you to follow at home. This home care includes a continuation of pain management to minimize post op discomfort.

Reasons For Spaying And Neutering

There are many valid reasons to spay and neuter your dog, according to AmericanHumane.org. Approximately 3.7 million animals are euthanized at shelters annually, due to the sheer fact that there are not enough willing adopters. Spay and neuter procedures ensure that you are not adding to this number.

For any purebred dog owners who believe that purebred equals profit or desirability, please understand that (according to AmericanHumane.org) approximately 25% of all shelter animals are purebred. Unfortunately, there are just not enough good homes for needy dogs, purebred or not. At this time, there are no states with compulsory spay and neuter laws. However, spay and neuter procedures will insure that no unwanted puppies are produced and will make it easier to train you puppy. Getting your pet spayed or neutered will also prevent them from a life threatening circumstance if they are not fixed.

Getting Your Dog Fixed

The generally accepted age for neutering a dog is around 4-6 months.

Recently, clinical evidence has suggested that male dogs of certain large breeds may benefit from waiting to neuter until the dog has reached 9-11 months of age. There has been some evidence that this can reduce the risk of some cancers in certain large breed dogs, however there are a number of other factors such as aggressiveness, potty training and reproduction that must also be taken into consideration. While these updated guidelines have given us cause to extend the acceptable age for neutering some large breeds of dogs, the recommendation to eventually neuter the dog remain.

The generally accepted age for spaying a dog is around 4-6 months. Spaying a dog once she is an adult is acceptable as well, although there's a slightly higher risk of postoperative complications in older dogs, as well as in dogs that are overweight or that have existing health problems. Therefore, spaying a dog when she is still a puppy is recommended in most cases. 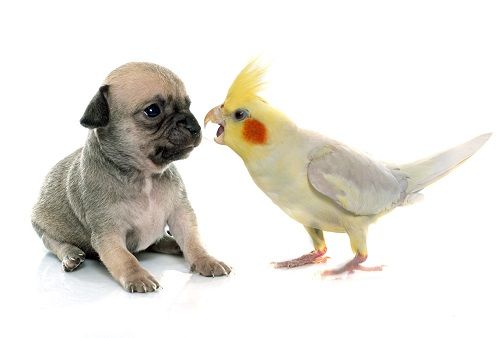 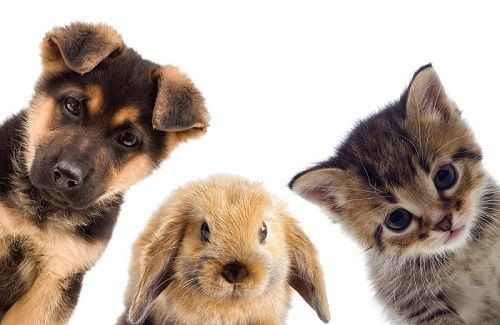 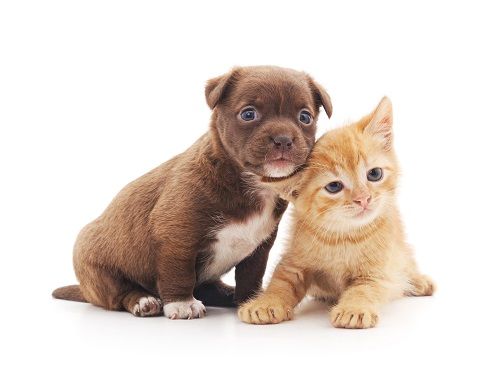 CLIENT TESTIMONIALS
Send us a Review!
Can't thank Dr. Jensen enough! Our ​​​​​​​ old puppy was scratched in the eye by a cat and she not only told us to come in right but emergency surgery that night. The vets closer to us in Ogallala told us they wouldn't be able to see him until the next day; and if that had happened, he would have lost his eye. Very thankful for and impressed by her commitment to our puppy even with a busy schedule! Wilson is on the mend and will hopefully regain sight. We are very thankful! (Also thanks to the awesome staff for calming me down and answering my many questions!) You guys are an awesome team!
Kara Consentino
​​​​​​​​​​​​​​
span widget
Dr. Jensen and her staff are 5-Star!! No other place for my 3 dogs and 3 cats. . . . . and I live an hour away from her (ugh!). Having graduated from CSU vet school is a stunning testament - CSU is consistently among the top 3 vet schools in the US.​​​​​​​
Ann Cramer
​​​​​​​​​​​​​​
span widget
Dr. Jensen excels in patient care and communication with concerned owners. She can make a stressful situation much better by helping everyone understand what is really going on and gets the important info out there right away. The way she handles the animals in her care is a joy to see...she always makes me feel more comfortable.
Bond Eddy
​​​​​​​​​​​​​​
span widget
I would highly recommend Perkins co. Vet Hospital I adopted my dog there a year ago and I would like Dr.Jensen to know that Mr. Waggs is doing very well other than being a little spoiled.
Phyllis Yoder
​​​​​​​​​​​​​​
span widget

Send Us A Message